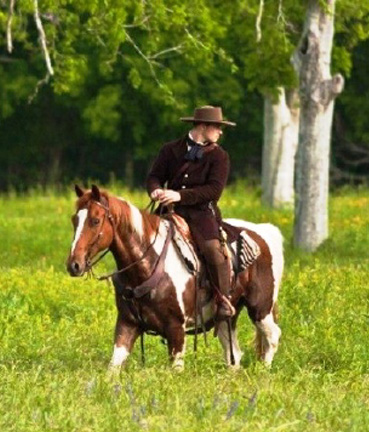 To educate the real history of the men that fought in the Alabama Red Rovers, horsemen within the company represent these men at Battle Reenactments and Presentations. These men strive to present an authentic depiction of those mounted Red Rovers through research in their clothing, accouterments and tack for the time period represented. Often the Texian cavalry men over overlooked in the research of the Texian War of Independence, it is our hope to keep these men’s legacy alive.