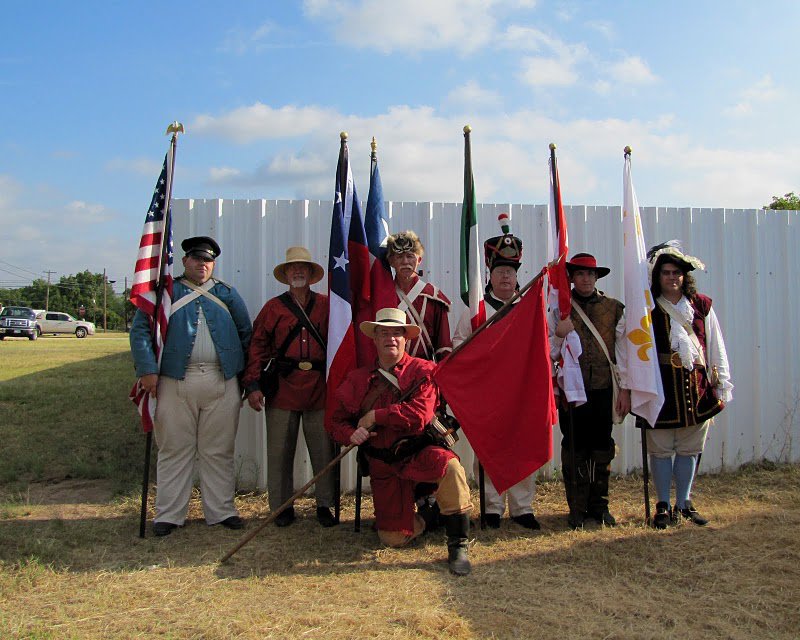 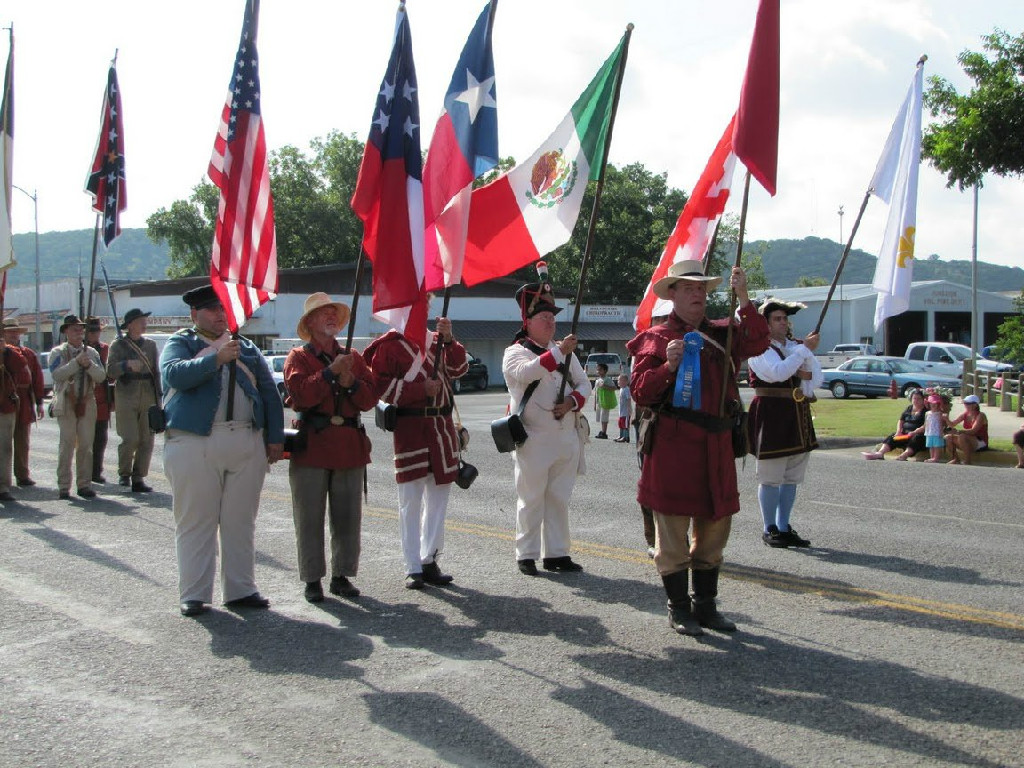 Recreation of the 1937 Rededication Photo

Los Soldados de Nueva Espana was established as a group of living historians that want to portray the men and woman of Spanish Colonial Texas with strong ties to Central Texas the group “adopted” Presidio San Luis de las Amarillas (popularly known as Presidio de San Sabá), one mile from Menard on the north bank of the San Saba River, was established in April 1757 as a support for the Santa Cruz de San Sabá Mission to the eastern (Lipan) Apaches. It is our goal to make an accurate impression of the soldiers and civilians that were stationed and lived at Presidio de San Sabá , concentrating on the years closer to its closing in 1772. These impressions are not only the soldiers called Presidiales or Soldados de Cuera that were garrisoned at a Presidio or Mission but also the civilians that lived there also which included the soldier’s wife and family, priest, Christianized indians, Caddo scouts, and Lipan Apaches. 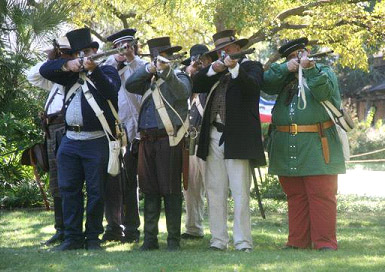 Since the company’s main impression is Texian, but the Alabama Red Rovers were only at Fort Defiance and the Battle of Coleto Creek. We find ourselves supporting many Texas War of Independence events as other Texians especially when we attend events at the Alamo, Gonzales and San Jacinto. 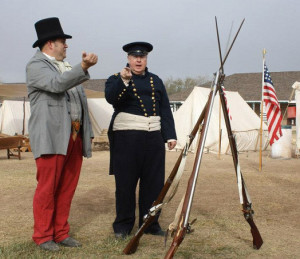 The Army of the Republic of Texas was one much like that of today’s military, the size of the Texas Army, Navy and Marines changed depending who was in office at the time. This impression allows us interpret the history of when Texas was a sovereign nation. 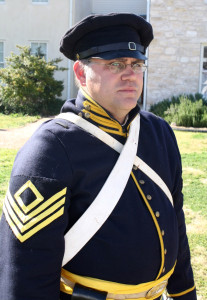 After the Annexation of Texas and the Mexican American War, the United States needed to protect its newest residents in frontier Texas; they did this by way of establishing Frontier Forts. The early frontier forts in Texas were established by the 1st US Infantry and manned by Companies of the 8th US Infantry and the 2nd US Dragoons. 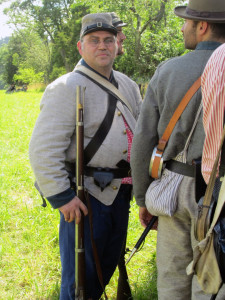 Company H, 3rd Texas Infantry, also know as the “Bexar Guards” was mustered in to service in the Spring of 1862, mostly out of the 30th Brigade, TST that followed Sibley to New Mexico. Mostly made up of San Antonio’s Mexican and German settlers it was transferred under General H. P. Bee for Border Protection before their service in the Red River Campaign.