Field Music is one of the most important parts of Military unit, especially in representing an early nineteenth century Militia Company. The thought of a company’s fifer and drummer dates back to the earliest companies that fought in the American Revolution and continued well into the nineteenth century. 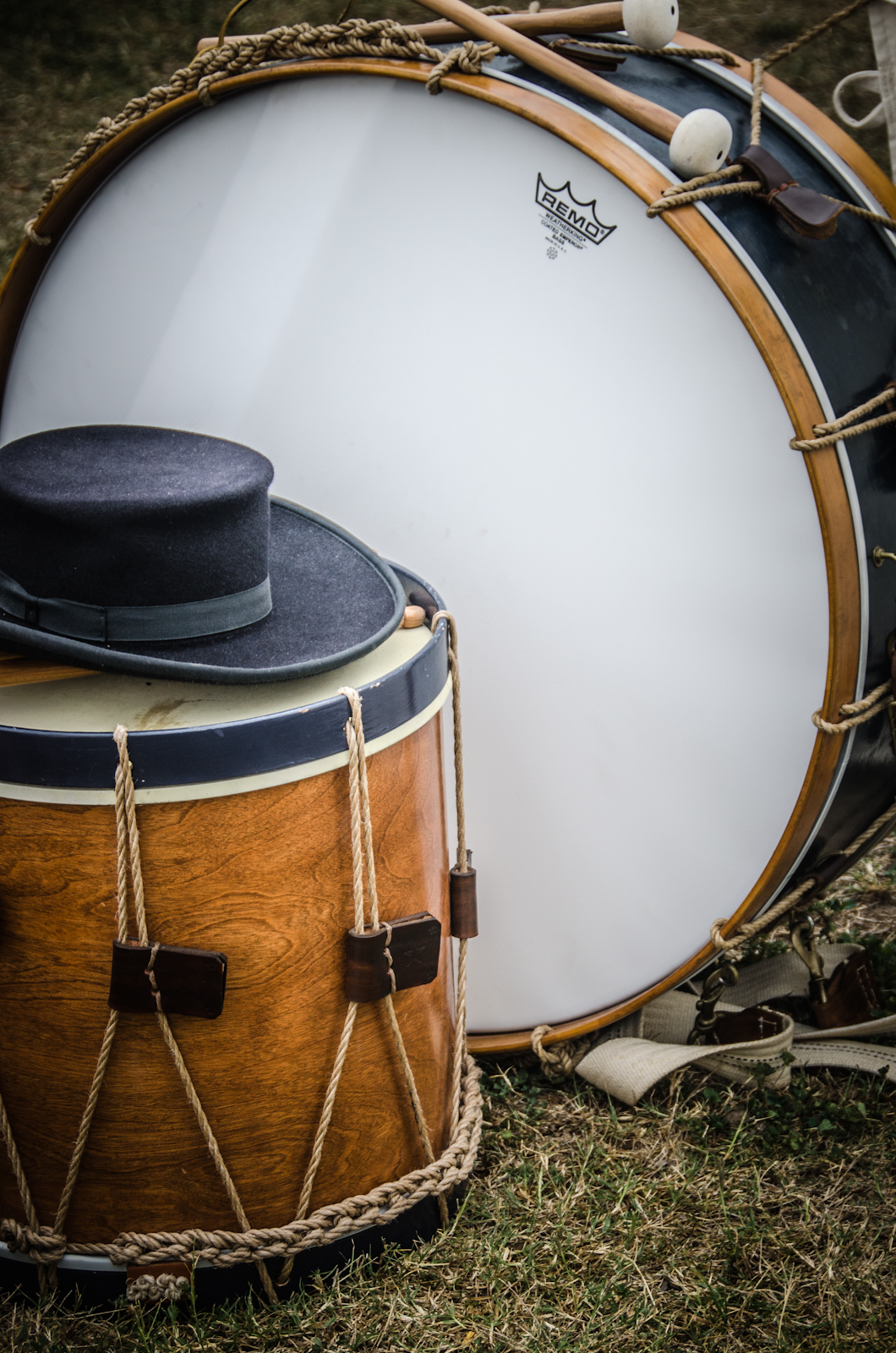 Musicians were some of the most important personnel in the Company, as the musicians would relay commands of the officer during the heat of battle since his voice would not have been heard over the thundering of musket fire and mark the duties of the day and beginning and ending of different military task. Bugles were also used in this time period to relay certain commands. Military musicians of the period wore the reverse colors of the regiments to which they were assigned. The Musicians of Captain Shackelford’s Company carries on this long tradition.

History has revealed that Shackelford bought a bass drum and side drum before the company left Alabama, and at least one member of the Red Rovers is listed as a Drummer, John Hiser (Heyser). Pennsylvanian-born freeman Peter Allen appears as a musician in another volunteer company of Alabamians, Wyatt’s “Huntsville Volunteers”. Hiser and Allen were both massacred with many of their comrades on that fateful Palm Sunday.

The company currently has a snare and bass drum, but is always in need of capable musicians. As we recruit more musicians, these musicians should practice together periodically. If you have an instrument in mind, which you think might be a nice contribution to the musicians that hasn’t been listed please contact us. The company encourages whoever has a desire to play one of these instruments, to come out and try.